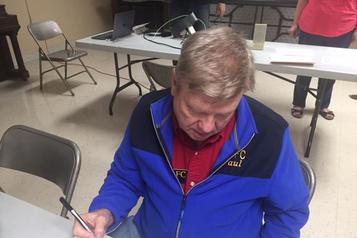 Paul Greaves W4FC started out as a Novice in 1967 when there was such a thing as Novice Class. During those days, Novices had to use crystal controlled radios and each crystal is assigned a single frequency - for example - 7014 kHz. If you wanted to transmit on any other frequency - you had to go get another crystal. Paul got the DX bug right away and started to work DX with his first rig - a Knight T-150. Paul started with the call sign WN4GJX as a Novice and upgraded to WB4LFM. He did not get his current call sign of W4FC until 1994.

Paul's Accomplishments as a DXer

Paul W4FC as the DX

Paul's Contributions to the Hobby

Paul has been an avid supported of the DXing community by sharing his knowledge of DXing and by enabling DXers to achieve their DXCC Awards.   Paul is an accredited card checker for the ARRL to help  facilitate  the administration of awards.  Paul is active in the Greer Amateur Radio Club, the South Carolina DX Association, and the North Carolina DX and Contest Club.  He has been to Dayton and Friedrichshafen, and he has been present in most W4DXCC Conventions.  Thank You - Paul for your many contributions to the hobby.