Ariel is an avid DXer, and Expeditioner/Activator for Summits on the Air.   Ariel got his Extra Class License in 2010 and his current call in July that same year.  He was bittem by the DXing bug and started DXing in January of 2011.   By 2014 he had gotten 5 Band DXCC. In 2015 he led a team of 4 on a multi-single entry for the IARU HF Championship and placed 3rd in the Maritime Section and 1st in Class D, while operating out of the super station of VY2TT in Prince Edward Island with Bill N4IQ, Phil AC4Q, and Bob ND7J.   That same year he undertook a solo DXpedition to Saint Pierre and Miquelon as FP/NY4G and made over 2000 QSO's with radio amateurs from over 50 countries.

These days he is active in the Summits on the Air Program and and has activated 113 summits towards his goal of becoming a SOTA Mountain Goat.  A Mountain Goat Award is given to an activator who has reached 1000 summit points.  Ariel finally became a Mountain Goat in July 2019, having activated over 100 unique summits and is currently one of the leading activators for 2019 for all of North America.  Ariel became the first  radio amateur to reach Mountain Goat in less than a year and with less than 100 summits.  He has also achieved Shack Sloth status with over 1000 Chaser points and also has the Mountain Explorer Bronze Award for having activated summits in 5 SOTA Associations - W4C (Carolinas), W4T (Tennessee), W4G (Georgia), W4V (Virginia) and W4K (Kentucky).  He also has the Mountain Hunter Gold Award for having successfully chased at least twice in 15 or more SOTA Associations.

Ariel has published a book on the experience of a  Summits On The Air activator both as a paper back and an eBook:
https://www.amazon.com/100-Unique-Summit-Challenge-documentary-ebook/dp/B07YZM4S3Y/ref=sr_1_1?keywords=100+unique+summit+challenge&qid=1570880985&sr=8-1

The View From Wesser Bald 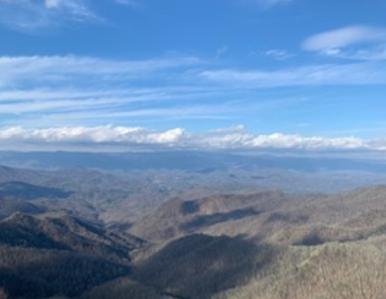 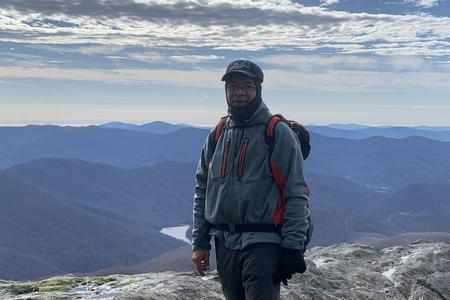